Over 2 years in and we finally have an Alpha release! It’s hard to believe it’s been that long. While we’re “sitting back” and waiting on feedback from testers, I thought I would take some time to reflect on the journey so far. [Editor’s Note: Travis is not actually capable of “sitting back” when it comes to Moonlight Games. He’s like the Terminator of game development: it can’t be bargained with, it can’t be reasoned with, doesn't feel pity or remorse or fear, and it absolutely will not stop...EVER, until you are dead designed. He’s probably planned like 10 sequels already]

Just to remind myself how far we’ve come, I pulled up the oldest archived build I have of Runelands, creatively named “Wizard Battle”. It was built way back in November of 2014. Here’s a screenshot. 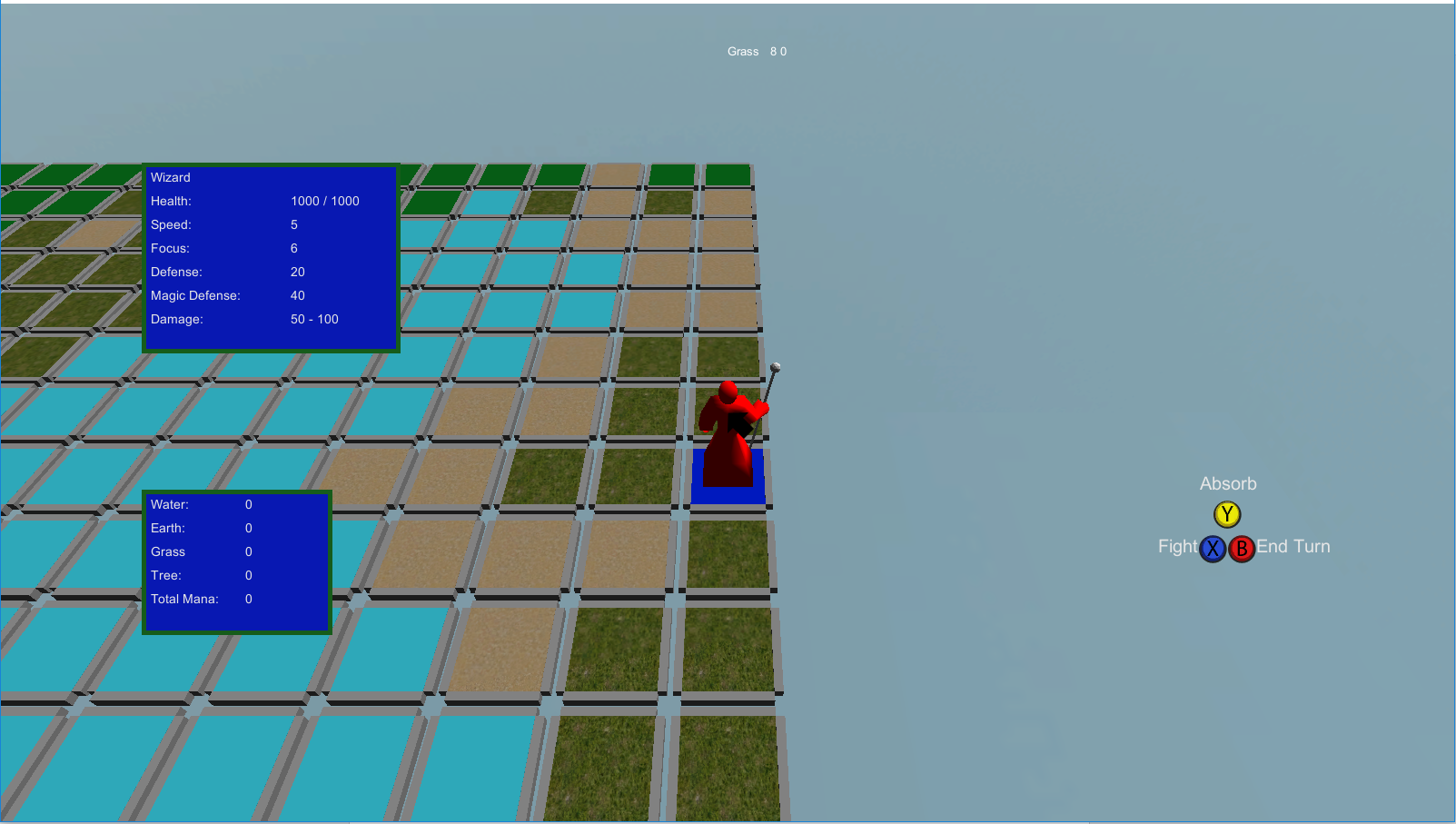 I’m actually surprised this version has a semi-humanoid model, because most things started as a hovering square or cylinder. Runelands has gone through so many revisions before being put in front of anyone outside of Moonlight it’s hard to remember how much has changed. The obvious one is the graphics, which still I admit aren’t amazing, but they’re a huge step up from that screen shot above! 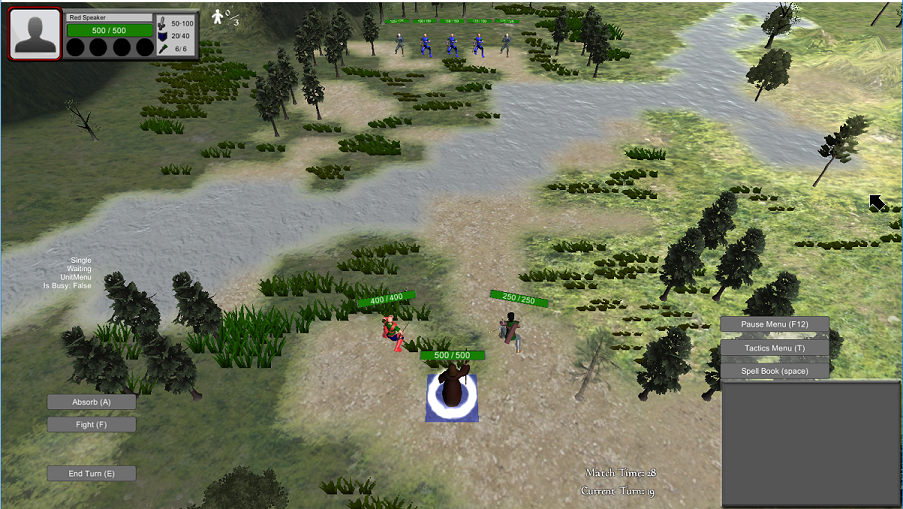 Before we release fully, I imagine the models and UI will go through one or two more revisions. We aren’t going to compete with the AAA titles out there today, but a consistent style and tone can go a long way. Who knows, maybe we’ll even hire some full time artists as contractors to help out.

That’s just changes to the visuals though. Runelands actually started as a head-to-head multiplayer arena game. The code still exists for network capabilities as well as a match making “lounge”. It’s all turned off, and probably full of bugs now that the game has gone in a different direction, but a good chunk of the early development was getting that working. I’m not sure why I decided I wanted to make a multiplayer game for my first attempt. Looking back, that was a crazy decision! Networking offers its own set of challenges; handling disconnects, keeping the two applications in synch while two users were simultaneously doing different things, and just basic network communication. I spent a good couple of months learning about Unity’s networking library and then made the amateur mistake of updating my Unity 4.something to the new and improved Unity 5.whatever and what did I find… the networking library I was using was deprecated and the “new and improved” library was out. Great! Except nothing worked anymore. Don’t get me wrong, the new networking was much better, I just had to start back at square one learning the new toolset. Frustrating, but I learned an important lesson: Read release notes before you update! Although that wasn’t the last time Unity released some shiny new feature that halted Runelands development until I figured out how it worked.

Anyway, after months of adding new characters and spells, balancing those characters and spells, and then balancing them some more, the game just wasn’t any fun to play. A single match took close to an hour, and there were multiple stretches where you just sat there for minutes at a time watching the other player absorb Vindr and plan out their moves. That wasn’t going to work for today’s youth. In the back of our minds, we were always going to release a multiplayer version first and then focus on a single-player version while we hoped the multiplayer gained popularity. We just decided to make the switch sooner rather than later.

Another large change has been to the controls, especially around the Camera movement. In early versions the camera started from a side view (instead of from the back) and you had full control to pan/rotate/zoom the camera however you liked. Runelands was first developed for Xbox so we were limited to the buttons available on the Xbox controller. As we added more functionality, we had to trim back the camera movement and reclaim button combinations for different gameplay functions. Fish asks for me to add back rotation probably every other week, so we’ll see if it ever makes it back. Having a rotating camera also offered some fun programming challenges. Pressing Left on the joystick has very different meaning depending on the orientation of the camera. I’m sure there have been tons of other changes, but these are the most prominent in my mind at the moment.

The Alpha release has been our only goal for the past several months. The big question now is, what next? We’ve started getting feedback already from testers, and we’ll be digging into that while deciding what to work on for release #2. If you have any suggestions, leave them in the comments!